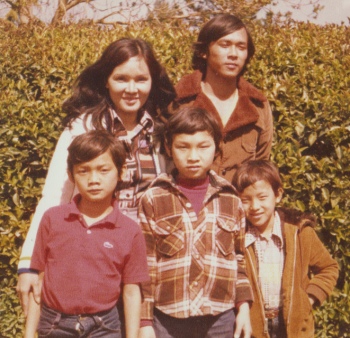 Lang with her brother and three sons in our backyard

On this World Refugee Day (June 20) I think of the refugees I have known. First, years ago my family helped sponsor a family of Vietnamese “boat people.” Lang, a South Vietnamese Army officer’s widow, and her brother and her three sons, escaped for their lives off the shore of Vietnam in a small boat to wander the sea along with many others. They gave everything they owned to the boat’s owner. They suffered on the sea. But they were fortunate that a ship picked them up and took them to a refugee camp. 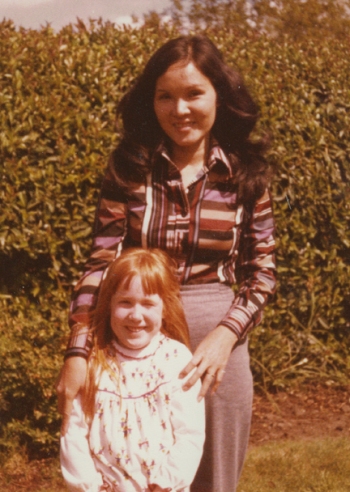 Lang with my daughter

They arrived in our town frightened, slightly sick, “lost” in a completely different culture. While we waited for an apartment to open for them, this sad little family stayed in our home. Our little girl gave up her bedroom for them. Our way of living was so different from theirs. I showed them the glasses in the cupboard. They took one and drank water from it, then returned it to the cupboard. I bought five plastic glasses and wrote their names on them and lined them up on the counter for them to use.

They had experienced dangers and horrors that I could barely imagine. Even though I made beds on the floor, at night they all slept side by side on one double bed.

The word “refugees” changed in my mind from strange, almost-suspect stories into warm, real human beings.

Using gestures and a Vietnamese-English dictionary, I tried to tell Lang about Jesus’ love. Tears welled in her eyes. I tutored her in “English as a second language” for a short time. Eventually they moved to another city and I lost track of them. But I’ll never forget all I learned from them. And I have prayed that the welcome we gave them, and the bit of God’s love we tried to show them across cultural and language barriers, would grow like a seed planted—and that I will see Lang and her family again in Heaven. I look forward to worshiping around the throne the One who gave us freedom, who rescues us from sin and evil and death, and gives us the opportunity of new life and hope and peace.

Because of this experience, and then later getting to know the many Laotian refugees who came to our church, I had the opportunity to write and publish the book, No More Fear: From Killing Fields to Harvest Fields, the story of Physa Chanmany who came to America as a Cambodian refugee.

Physa also had some things in common with many refugees today. As a boy, Physa saw indescribable horror and genocide. Taught to fear Westerners, especially Americans, he had never heard the truth of Jesus. But as a lost and traumatized refugee, he had a dream in which he encountered Christ, who set his life on a new course of hope.

This site uses Akismet to reduce spam. Learn how your comment data is processed. 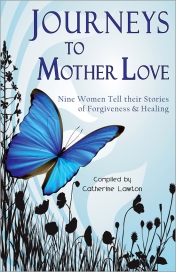 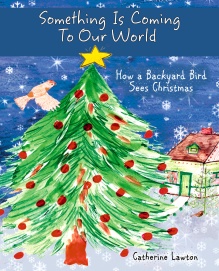 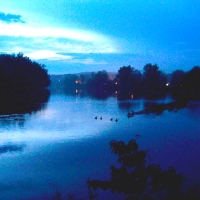 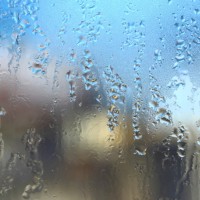